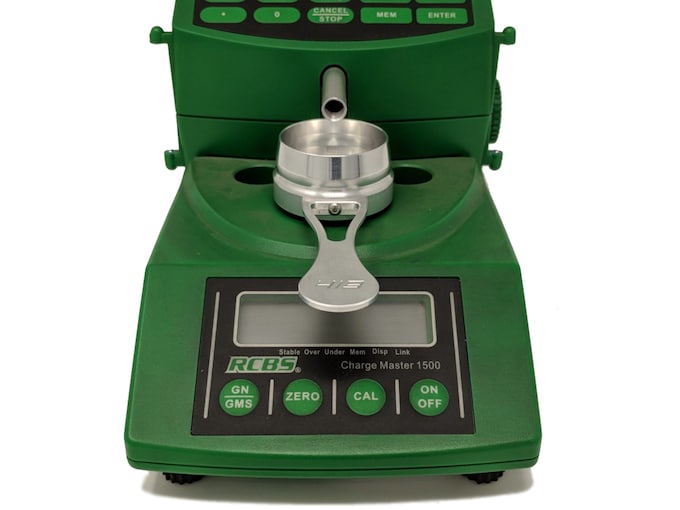 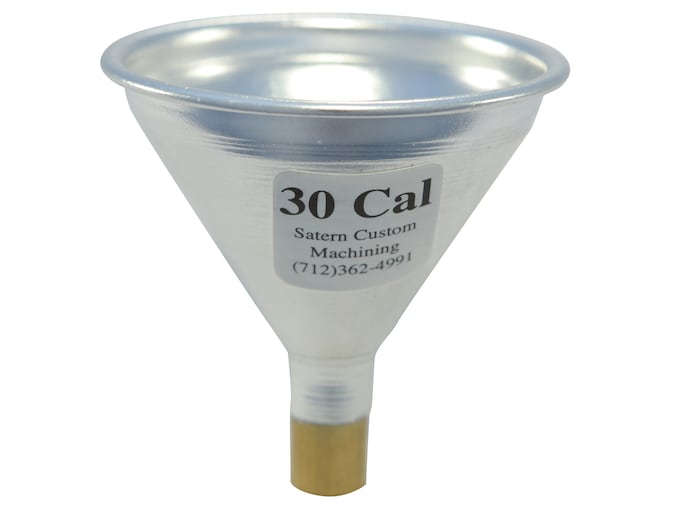 The Area 419 billet aluminum powder funnel uses a system of interchangeable, caliber specific, heads to make it the ultimate funnel for reloaders available today.  Universal plastic powder funnels have several issues that are solved with this system:

1.  Static cling, plastic is prone to being charged with static and kernels of powder will stick to the walls causing you to have to tap the funnel to get them all to fall.
2.  No such thing as universal.  There are always cases that just wont work well with the universal design, and funnels tip off and spill powder, or they just plain wont work.
3.  Universal means that it has a hole meant for 22 caliber.  So if you are trying to dump 90 grains into a big magnum, you are waiting a long time for the powder to fill.

The Area 419 Funnel’s interchangeable heads thread onto the funnel and are neck diameter specific for each caliber.  The do not rely on fitting over the body of the case to hold in place.  They are sized slightly larger than the neck diameter so that they hold solid on the case.  Each head has a bore sized a few thousandths smaller than the bullet diameter, so maximum flow is achieved for each caliber.  This is huge for the super ultra magnum guys (375 Cheytac, 408 Cheytac, 50 BMG, etc).  The interface between the heads and the funnel is designed in such a way that no kernels can ever get stuck between the two, as long as the head is tightened completely.

The Funnel’s design is both aesthetic and performance driven.  Being machined from a solid billet of 6061-T6 aluminum means no static charge to cling kernels to the funnel walls.  This also makes it far safer for use with black powder.

Note: This product listing is for a funnel ONLY, no heads included

Made In United States of America

There are no reviews yet.